Who can be considered a native speaker, where and why to look for them

In the philistine mind, a “native speaker” is considered to be everyone who grew up in the country of a given language, regardless of the level at which he speaks this very language and who he is by education and profession. This person may not know a single foreign language at all, but speak his native language illiterately and spanish translator, with numerous mistakes and with such a reprimand that “ears will wither.” But at the same time, he still seems to be a native speaker. 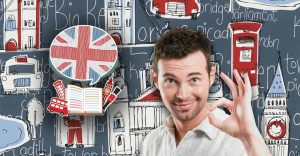 In the same way, if you are engaged in folklore studies, study local dialects and collect all kinds of dialect words and expressions, then a person who owns only dialect vocabulary as a living “dialect speaker” will be a real treasure for you.

However, for linguistic studies of the modern literary language, as well as for the purposes of professional translation, such an approach to the definition of the concept of “native speaker” is completely unacceptable. Therefore, it is no coincidence that in one of the standards of the 9000 series in Germany, only persons with a philological education are recognized as “native speakers” in relation to translation activities, and not just those who have been fluent in this language since childhood and mainly use it in their daily lives.

On the one hand, all of us living in Russia and speaking Russian every day are native Russian speakers. In addition, today many of us know or at least claim to know English.

Not to mention the fact that in Russia, if you count, there will be tens of thousands of translators or persons who, at least from time to time, have to perform written or oral translations from various foreign languages.

But even from translators of average qualification (and this is the bulk of those working on the market!) It is difficult to expect that they will translate a foreign text of any subject and complexity at a good quality level. So why is it customary for us to idealize foreign native speakers? Perhaps this is partly due to the admiration for everything foreign, which we inherited from Soviet times.

There are thousands of translators working on the translation market today. But when a customer chooses a translator, even if into Russian, he usually asks potential candidates at least about the experience of translating in this field of knowledge.

When it comes to translations from Russian into foreign languages, for some reason it seems to many that any foreigner will translate into their native language better than a professional translator whose native language is Russian.

This I mean that in all cases a certain set of mandatory requirements must be presented to the translator, regardless of his native language and the direction of translation.

If we talk about native speakers of English, German and other languages ​​in Moscow, then, based on my rich and versatile experience, I can say the following: 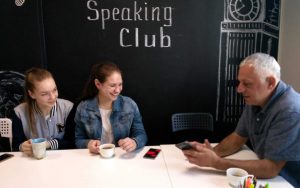 A real native speaker of a particular language can only be considered a person who just a couple of weeks ago came from the country of the language, and before that for many years lived in the country of the language in a full-fledged language environment, that is, traveled in transport, went shopping, listened to radio, watched TV, talked on the phone, read newspapers and books, followed the news of politics and economics, science and technology.

And that foreigner who has been living almost without a break in a country of another language for 5, 10 or more years and has already almost assimilated can only be called a “native speaker” with a big stretch and very conditionally. Of course, this does not mean that he cannot be involved as a consultant on some individual phrases and expressions. But he can no longer be an authoritative expert in the field of his native language.

And it often turns out that a person who pretends to be a “native speaker” thereby only receives indulgence for a more free use of the language. After all, he is a “native speaker”, which means that he can do everything that is not allowed to a non-native speaker …